You are here: 3B Training > Case Studies > Liverpool City Council 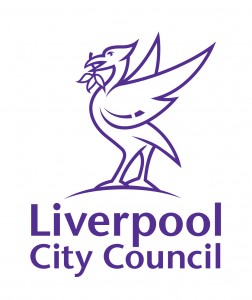 Liverpool City Council is the governing body for the city of Liverpool. It is currently managed by the Labour Party and Mayor Joe Anderson. Staff at all levels will encounter situations in which health and safety need to be considered. Especially those involved in maintenance, waste disposal and other manual work.

Liverpool City Council and 3B Training

3B Training has recently worked closely with Liverpool City Council to provide support to Council employees in keeping up to date with recent HSE regulation changes.

First of all, we were approached by the Council in relation to the CDM regulation changes. The Council felt that although their best practices abided by the regulations it would be beneficial for a group of selected employees to be advised on: the changes how the changes affected the organisation and what new procedures need to be implemented.

In order for 3B to best advise the Council it was important for us to better understand the organisation, the research was conducted through a set of organised meetings between 3B and council managers. Therefore we discussed the job roles of Council employees who were affected by the regulations, any new members of staff who might be affected, the employee duties and how these might change and how supervisors/managers could manage their responsibilities.

Once this information was collected we developed a ‘CDM awareness’ course which was tailored specifically for the Council. The course addressed all of the learning points which we previously identified.

Ten council employees attended the course which was run over three hours at the 3B Training Liverpool venue in Speke.

The training developed by Liverpool City Council openly encouraged discussion on CDM 2015; so this allowed delegates to ask questions throughout the morning. The course covered topics on the key duty holders, their responsibilities and what is now notifiable under CDM 2015. It also covered the notification process and developing a construction phase plan. The training was delivered through a mixture of delegate interaction activities.  The group split into small teams; where some took on the responsibility of the Clients, the Principle Designer and Principle Contractors demonstrating that effective communication is key to any project running safely.

A quote from the client

Phil McCormack (Maintenance Manager) at Liverpool City Council said: “We approached 3B Training with a blank canvas and we sat down and talked with them about where the gaps were in our organisation. Rather than a training provider coming in and telling us what we needed; we had our vision of where we wanted to be. 3B talked with us and made notes of our needs and within a relatively short space of time; so that we had proposals that perfectly matched our needs with working examples that our people could truly relate to.

Putting this training into practice was the proof of the pudding. The training was engaging, motivating and the staff enjoyed it. More importantly, found the tools to be able to comply more fully. The purpose-built training centre in Liverpool is a superb venue for learning. The areas where assembly before the course takes place are comfortable and inviting they also ensuring everybody turned up on time.

Would we use 3B Training again? The second batch of people will be attending the same course soon. It also seems like in the near future we will be looking at how we can link in with 3B again”.